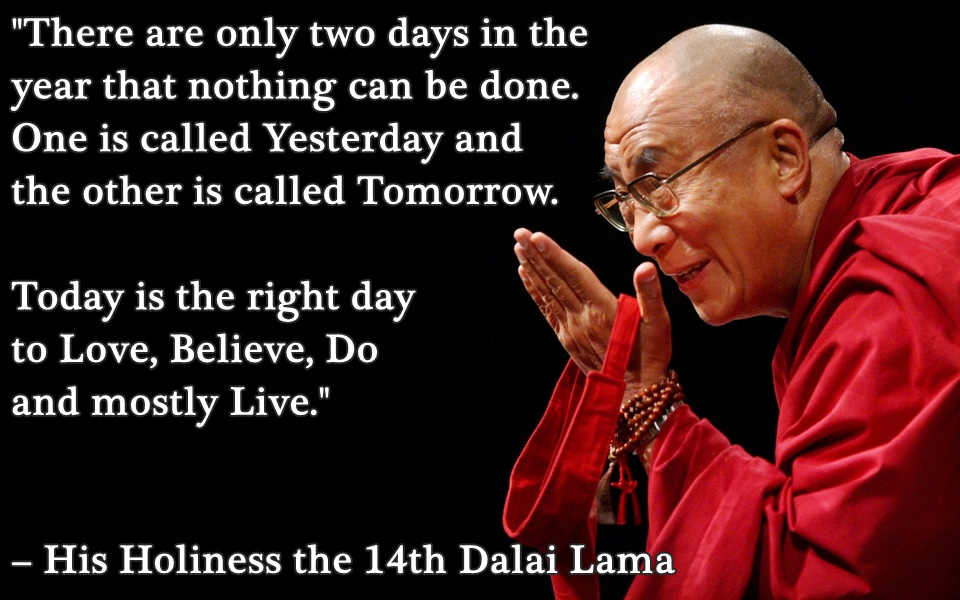 The Dalai Lama, the spiritual leader of Tibetan Buddhists, is coming to Southern California this summer.

“We’re Zen Buddhists. Who cares about the Dalai Lama?” you might think. It would be like a Baptist going to see the Pope.

Not exactly. The differences between the various branches of Mahayana Buddhism are much more about form than substance. To use another analogy from my Christian upbringing, the difference often is on the level of sprinkle vs. dunk for baptism. The core beliefs, and even practices, are surprisingly similar.

Vajrayana Buddhism, what we think of as “Tibetan,” is technicolor, and Zen is black and white. But both schools have meditation as their primary practice. Both teach on emptiness and the nature of mind. Both have as their goal the liberation of all beings.

An then there’s the fact that the Dalai Lama is a prolific author on Buddhism, a social activist, and a Nobel Peace Prize Laureate, and you have a man worth listening to.

Tickets go on sale April 2nd, and you can get yours here.

I’m going. Hit me up if you want to carpool.

My Transmission name, Myodo, means "Profound Way" or "Profound Path" in Korean. I received it from Ven. Wonji Dharma in 2019. My Dharma name, Jabo, means "Love Treasure" in Korean. It was given to me in 2004 by my first Zen teacher, Ven. Ji Bong.

All is love.
Love is all there is.